Here at Virtual Realities we are constantly adding to our list of 360° video and filming equipment. One of our latest additions to our impressive line of equipment now includes a 360° Underwater Camera Rig. This 360° camera rig is waterproof and we will use it to shoot 360° underwater still images and 360° underwater video.

Here is some images of the 360° Underwater Camera rig 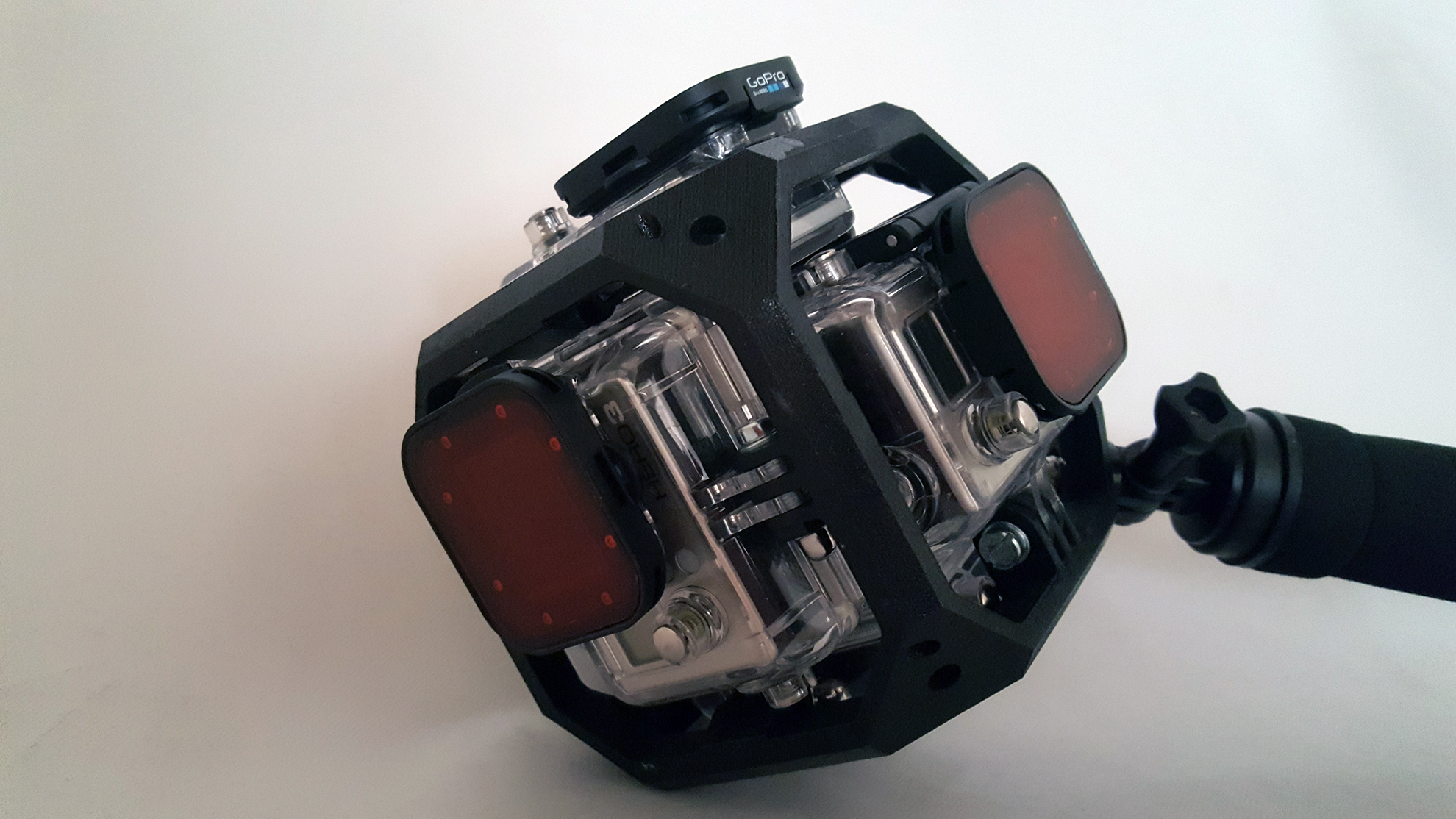 Photograph of the 360° Video rig underwater. Everything looks like it is waterproof and the footage from the 360° video we captured looked awesome. So we are ready to go, on our underwater projects! 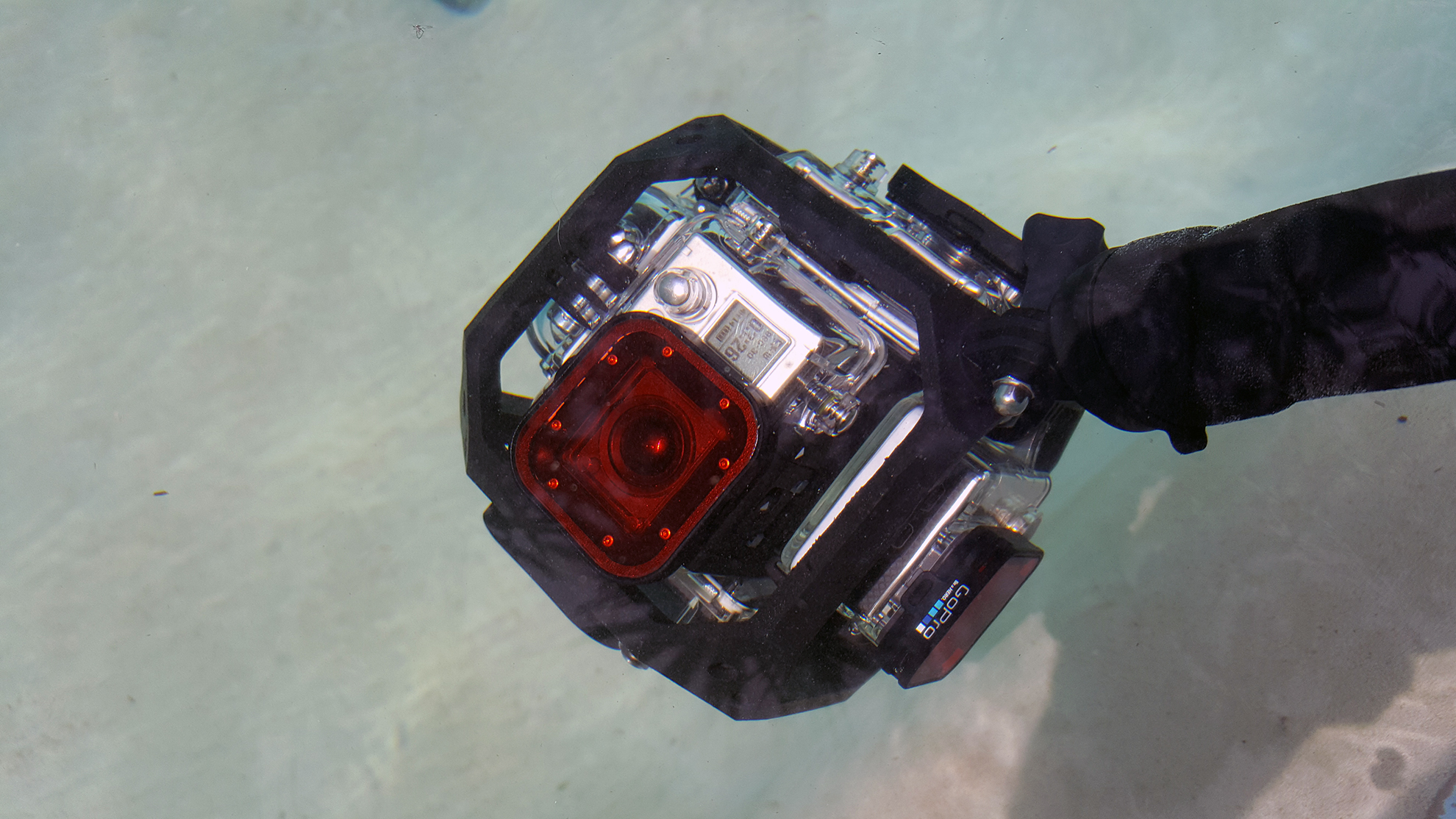 We also purchased some High Quality Red Gopro Camera Filters for underwater filming. These lenses should add to the quality of the underwater footage that we can take! 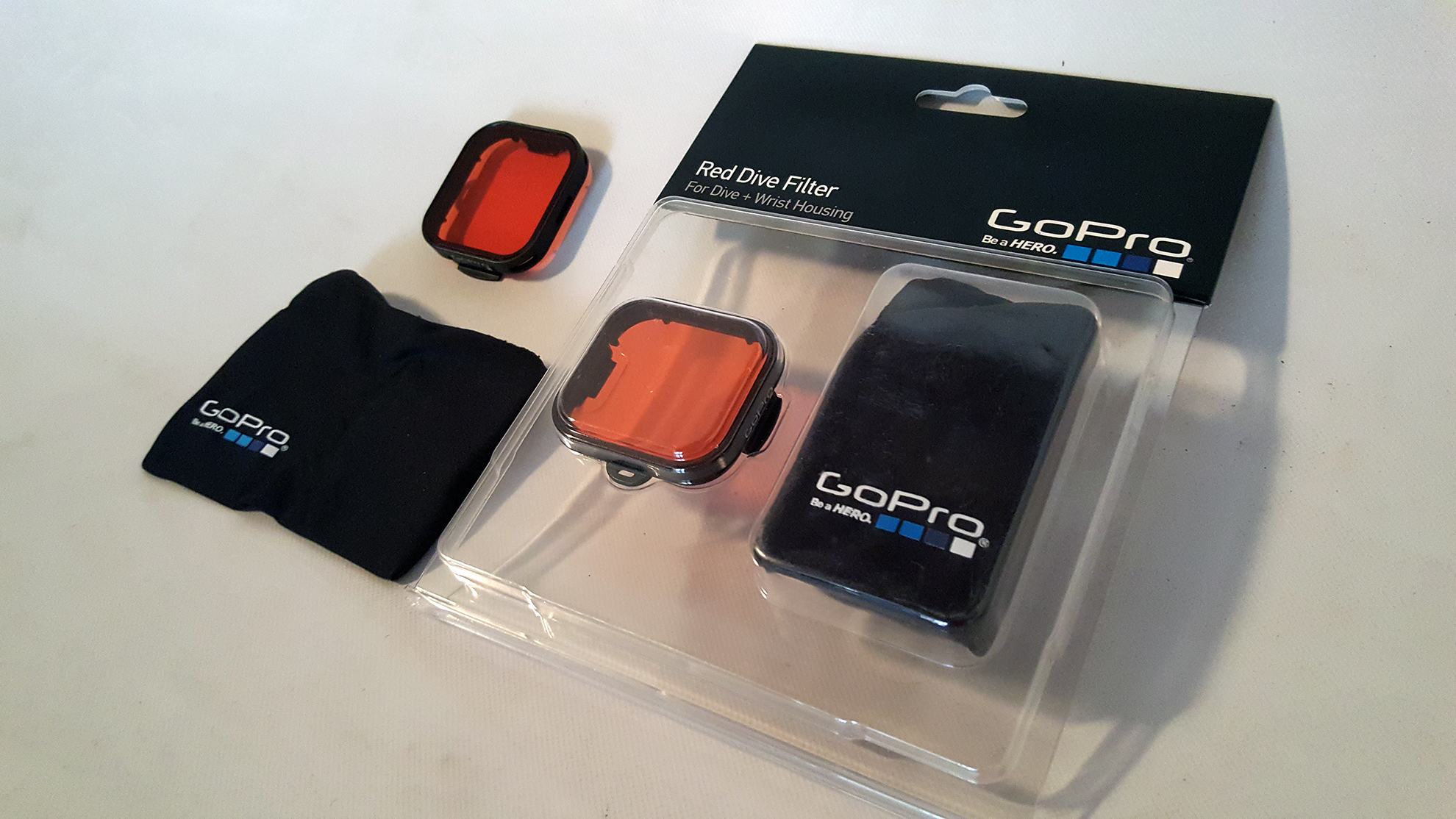